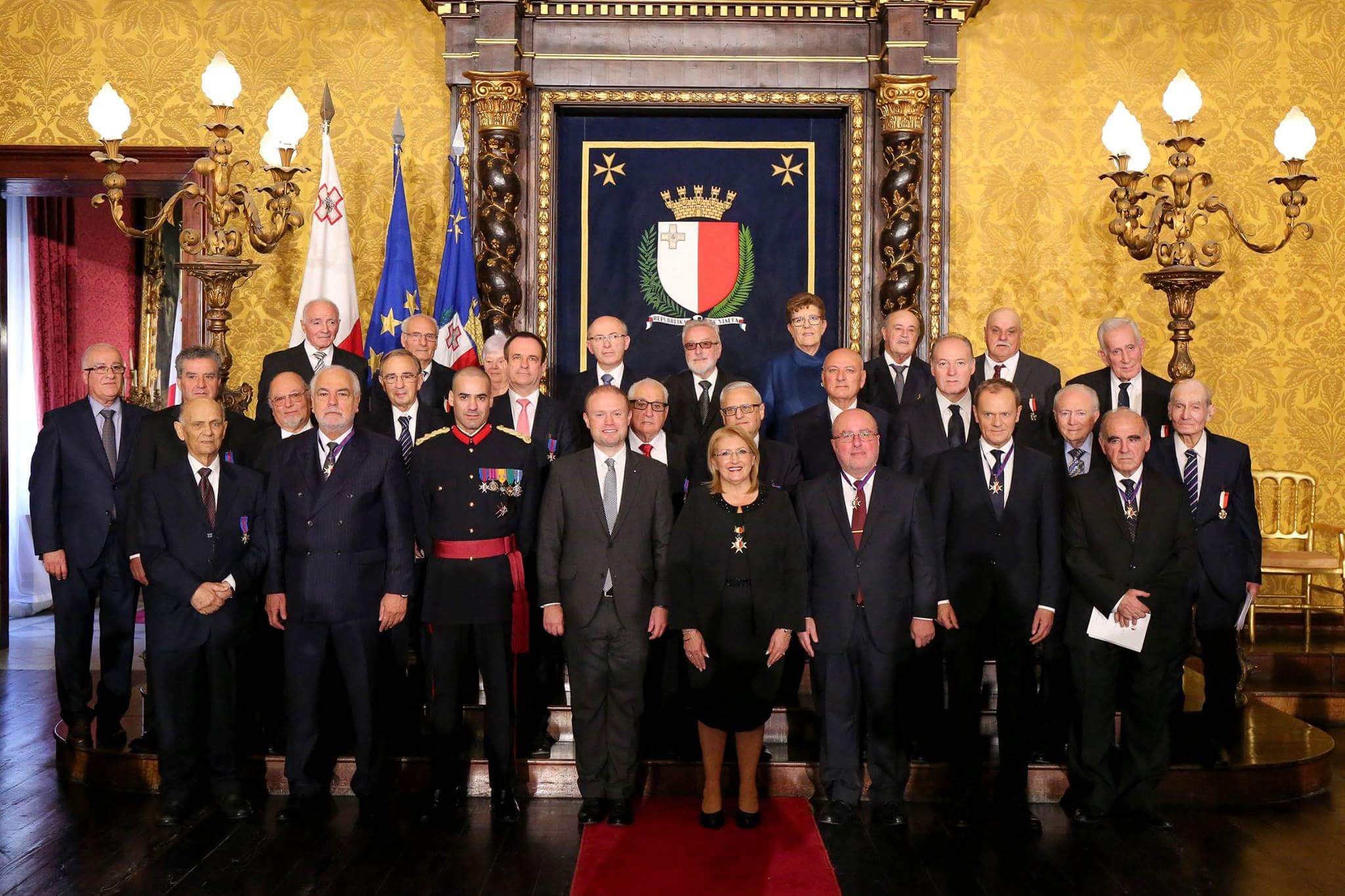 At Republic Day, 13th December 2017, at Grandmaster’s Palace, the President of Malta Marie-Louise Coleiro Preca, on the advice of the Prime Minister, presented National Awards to former ministers, speakers of the parliament and other distinguished members of Maltese society of honor. Three foreigners were made honorary members of the National Order of Merit: Donald Tusk – EU Council President was bestowed for strengthening relations between Malta and the EU particularly during the Maltese presidency, Borislav Boyanov – Honorary Consul in Bulgaria for fostering bilateral relations, and Jubran Tawell – former Palestinian Ambassador and Dean of the Diplomatic Corps.

“It is a great honor to serve the people of the Maltese Islands and to become an honorary member of the Merit. I accept this highest award as recognition of the successful development of the relations between Malta and Bulgaria” – Mr. Boyanov commented.

Boyanov is the Chairman of the Association of the Honorary Consuls in Bulgaria, the Indian Bulgarian Business Chamber, the South East Europe Legal Group and the newly-formed Malta Bulgaria Chamber of Commerce.