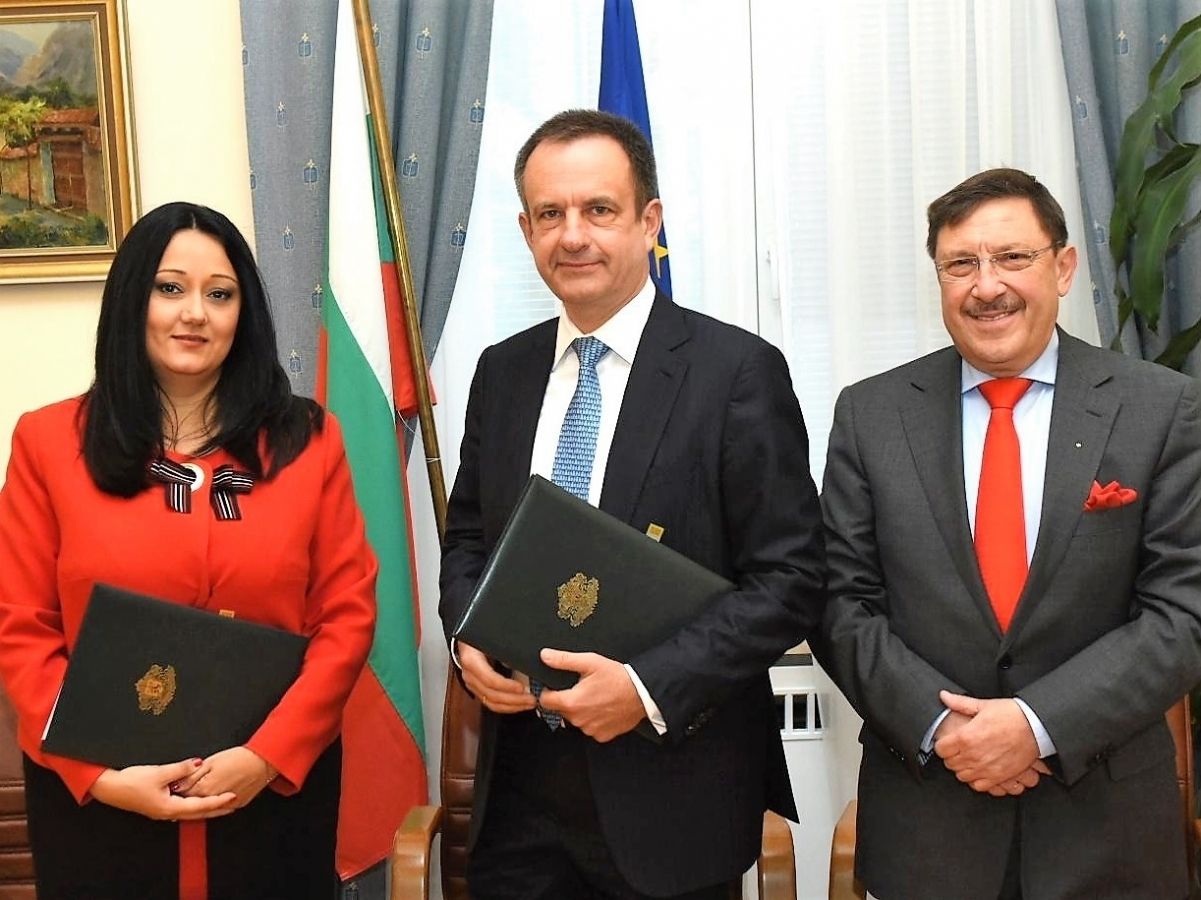 The Memorandum aims to strengthen relationships and establish close collaboration in order to ensure the best representation of Bulgaria and support the government in attaining the supranational EU goals set out for the Bulgarian EU Presidency mandate which starts in January 2018. Bulgaria will hold the rotating presidency for a first time and joint efforts will be directed to promote its image of a country with significant potential and extensive opportunities for foreign investment and development of tourism.

The Association of the Honorary Consuls will provide support for the preparation work and activities, the implementation and popularization of the priorities and accomplishments of the Bulgarian Presidency through exchange and dissemination of information, expert advice and consultations, studies and analyzes, as well as participation in events on the Presidency calendar.